‘Dry powder’ and financial slack; too much of a good thing… 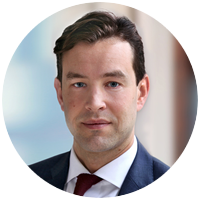 Private equity funds are stuffed with money. Strong fundraising and decent returns have resulted in ‘dry powder’ levels reaching $1.09tn in 2018 Q1, according to Preqin. The funds, receiving fees linked to the assets under management cannot fathom how to us all that may come their way (The Economist, ‘Barbarians grow up’, July 28th, 2018). And the money keeps on pouring in…

This ‘financial slack’ is of course valuable. Having sufficient financial slack makes financing quickly available for good investments. However, this slack is only valuable if you’re willing to use it.

Competition from corporates (amongst which are the bigger tech companies) and higher multiples have resulted for PE in a challenging deal environment. Too much cash piled up may encourage fund managers to take it easy, or pay too much for companies, plowing too much cash into ill-advised acquisitions below the costs of capital (underlining the importance of due diligence). Alternatively, the funds may have to return part of the amounts invested to the investors, resulting in a lower ROI then initially expected.

As a general rule of corporate finance, and this may sound strange, but less cash and more debt maybe the answer. Scheduled interest and principal payments are contractual obligations of the firm, which forces the company to pay out cash. Perhaps the best debt level would leave just enough cash in the bank, after debt service, to finance all solid investments / positive NPV projects (Brealey, Myers and Allen, ‘Principles of Corporate Finance’).

In this regard examples I have seen examples that a change in capital structure played a significant role in the company’s subsequent performance. Not so much the tax benefits (offsetting the interest payments against tax) but management’s response to the realization that life was in many respects ‘too comfortable’ may seem to have played a bigger role: if cash was abundant for years, there was no need to think (hard) about requests to invest in new projects, and there was no sense of urgency in removing inefficiencies. An increase in debt meant that cash was no longer superfluous for it was now needed to pay the debtholders and was essential to the company’s survival.

Now management felt pressured to make those efficiency gains that previously had not seemed worthwhile: the capital structure change succeeded in sparking an outstanding improvement in operational performance.